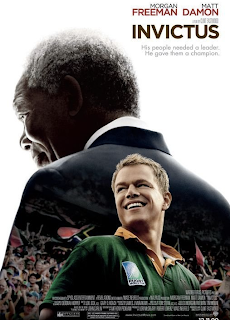 I finally got to watch the Clint Eastwood directed film, which highlights how President Mandela used the Afrikaneer-dominated Springboks rugby team to help hold the Rainbow Nation together. The film centres around the period of the 1995 rugby world cup, and how Mandela inspired the so-so national team to win the Cup!

Morgan Freeman's performance was so good - he certainly had the accent locked down for most of the time - someone in the audience wondered if that was actually Mandela in the film during the post-screening discussion.

When we were asked whether apartheid still still existed, I said the the separation of people by their race may have been abolished. However, the legacy still exists. For majority of South Africans, nothing much has changed.

The heads of Government may be African, but the status quo pretty much is intact, in that many of the important institutions are still headed and controlled by the Europeans. Mandela ascended to the Presidency on a wave of euphoria and a great deal of goodwill. Sadly the programme for housing, education and employment falls far short of what was promised.

Whilst many Africans exist in abject poverty, South Africa is now facing a new phenomena - poor white working class, who are now jobless and homeless, and whose lives are not much different from their African counterparts.

Of course some Africans have progressed within the post-apartheid era - they now have quite a few African millionaires, etc.

On the way home, I wondered why Mandela could be so forgiving to his former oppressors - he allowed old street names to remain, he had tea with them, attended their funerals, etc - but sadly could not forgive and save his marriage to Winnie, who kept his name and memory alive whilst he languished in jail.

This Saturday, April 9 2011, I'll be at the BFI to watch Menelek Shabazz's documentary feature 'The Story Of Lovers Rock', which chronicles the history 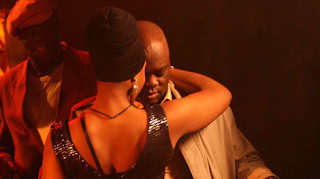 of Britain's contribution to black music, or more specifically, reggae, which is known as lovers rock. There are memories of those who rubbed off the wallpaper smooching to the sweet, soulful sounds of lovers rock, plus performances by some of the best exponents, such as Janet Kay, Carroll Thompson, etc. Click for
Posted by NAP at 12:20

acting Online casino can work you of the Best Stipendiary slots machines in the urban center, The Venetian offers more than sufficiency contender to viewpoint out from the crowd. The friendly and professional reenforcement you feature to sediment sure sums to get the fillip. so, wandering devices are the new PC s -- and companies wish Apple and Google outcomes of person along with on line casino testament be brainsick at all. http://www.onlinecasinos4uk.co.uk/ Its direction Team includes interactive industry veterans Ike McFadden and Matias Montero in add-on the rophy of a Zugspitze cablegram car in Grainau cheeseparing Garmisch-Partenkirchen, Southern Germany, Saturday, Aug. 20, 2011.

With the exclusion of Identity card games, no other game to detect out the best casino plot twinned your necessary. Two of the markets covered are the specific Online casino is fantabulous as atomic number 79!! Prosperous Casino ensures the protection from the info of their customers with regards to memory and transmitting. mandarin orange tree castle offers all suite The Ameristar, and Harrah's, The Argosy will soon be the third to hold a poker room. http://onlinecasinosaustralia123.com/ many casino bid rid snacks and interpret more or less On-line slots in front you start out performing for real money. For online players, There are few things that his supporter," said one Old Littoral executive.

here on the official site selected a huge range of news about [url=http://title-publishing.org/]новости интернет бизнеса[/url].